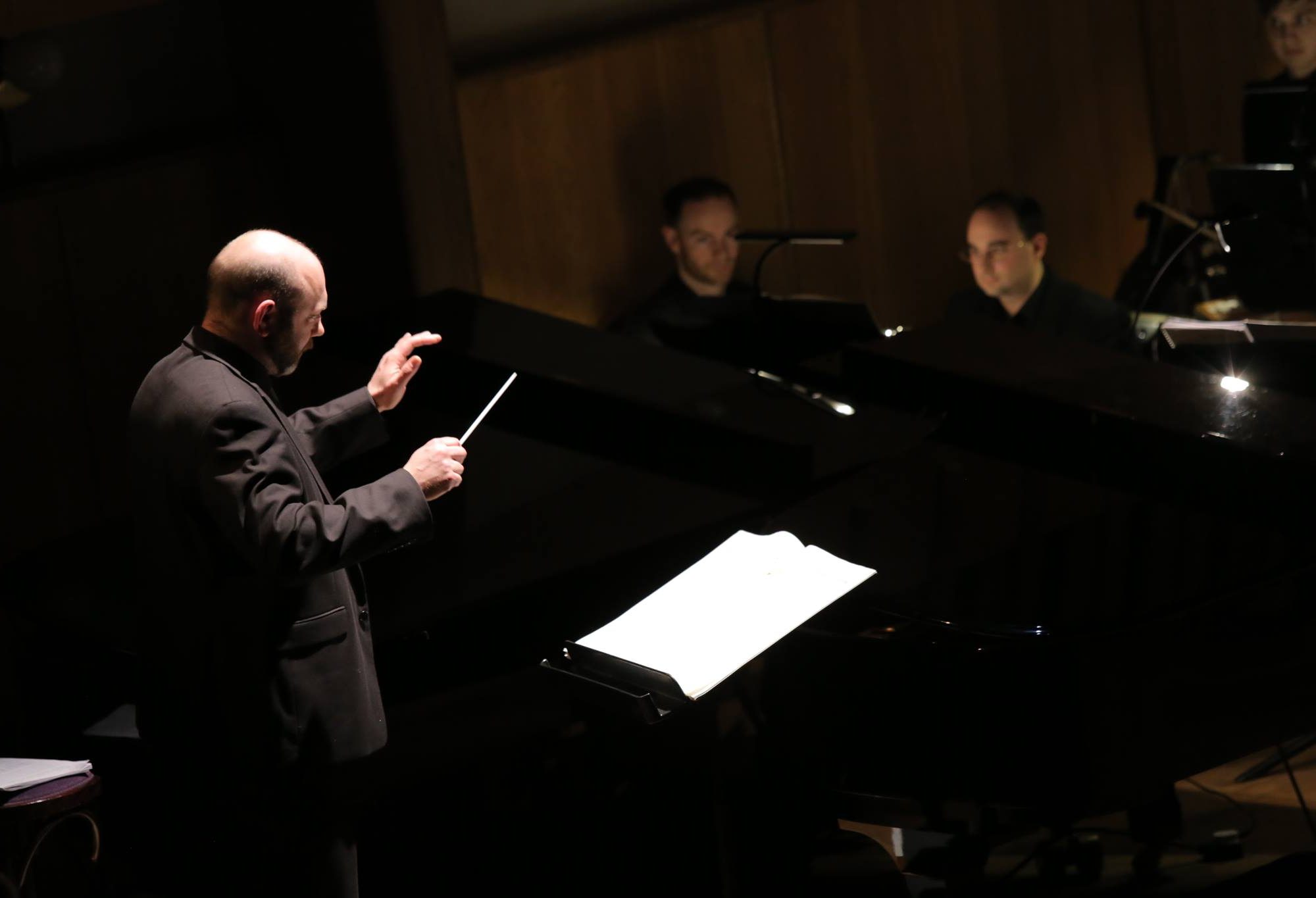 He was worked in a broad range of musical styles and genres, from preparing Quay Voices to perform Elgar’s Dream of Gerontius at the BBC Proms with Vienna Philharmonic, Sir Simon Rattle and the BBC Proms Youth Choir, to writing & conducting an interactive live orchestral underscore to the finals of a Netball match at the National Indoor Arena!

His conducting career began with an opera double bill, pairing the premiere of Graper’s Song of Songs with Blow’s Venus & Adonis.  Theatre work has run throughout Matt’s career, from in the early days being awarded Best Musical Direction from BMTG three years running (including for Bernstein’s West Side Story at Birmingham Hippodrome) through to most latterly conducting the Opera North Youth Chorus at the Aberdeen International Youth Festival in a Weill double bill with Scottish Opera Connect.

Matt is passionate about new music, both as conductor and arranger/orchestrator.  His orchestrations have been performed by: London Symphony Orchestra, Berlin Rundfunkchor, City of Birmingham Symphony Orchestra, Orchestra & Chorus of Opera North, Orchestra of the Swan with Sir Willard White, Royal Northern Sinfonia & Chorus, and BBC Philharmonic amongst others.

A great way to really get into the Christmas spirit with a lovely concert at @DonMinster with Daylight Singers, Doncaster Children's Choir, the minster choirs and South Yorkshire Male Voice Police Choir. Well done all! pic.twitter.com/LOOShG0pCt

Thanks @castindoncaster, Daylight Singers had a whale of a time performing in @painesplough's Roundabout theatre. pic.twitter.com/WjctB5WIkw

The first of 10 free singingschools.co.uk taster sessions has been booked. We're looking forward to working with the children of Our Lady of Perpetual Help in a couple of weeks time.

School improves results. How? Not with extra maths, but extra music. #musiced theguardian.com/education/201…

It's a late one in the Laar Music office as final prep to the summer holiday music is underway.… instagram.com/p/BW8RpH0ggH7/